The Nails: During the reconfiguring of The Ettalong house, I started to collect the rusty nails that were being pulled out of the old timber frame. The nails had bendy shapes, almost like human limbs, they were rusty with the markings of time on them. Coinciding with collecting the rusty bent nails, I was able to admire and live through the eyes of the former owner, who like so many of his generation had collected and meticulously ordered nails, bolts, nuts, anything that could be re-used, and placed them into jars. 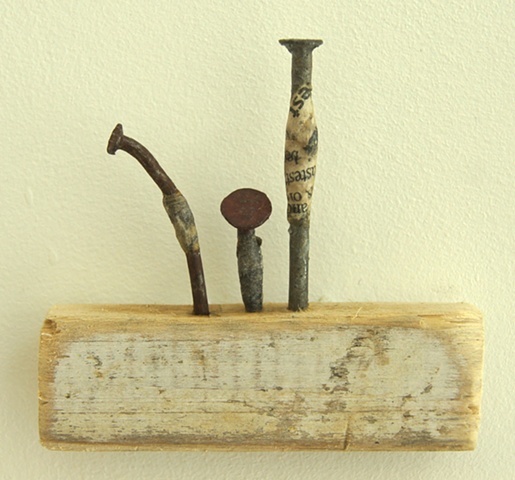 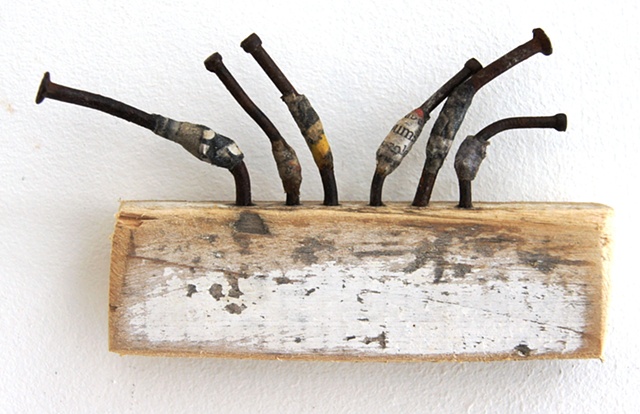 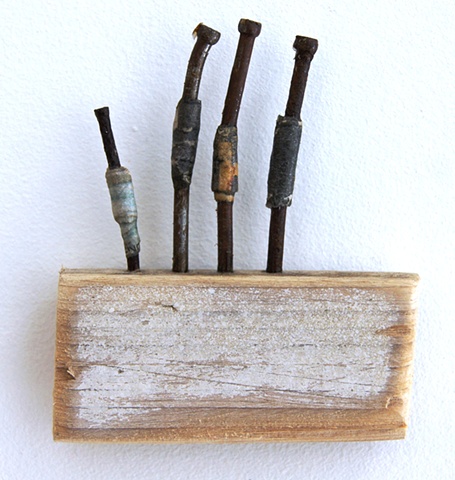 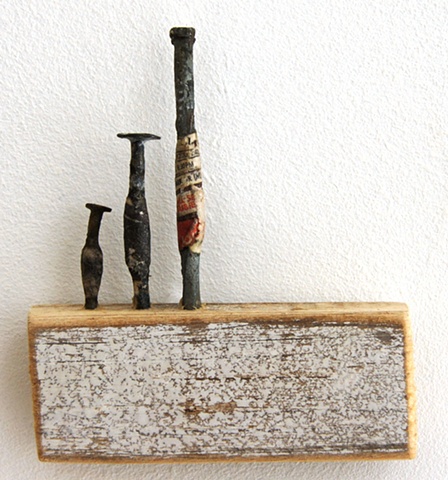 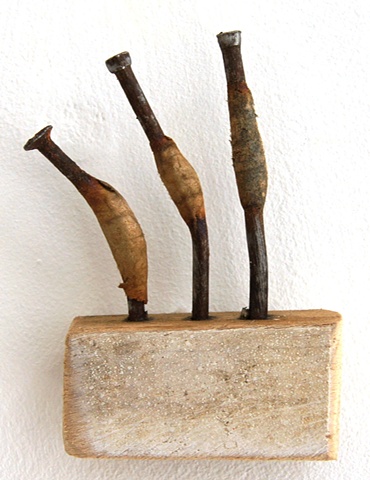 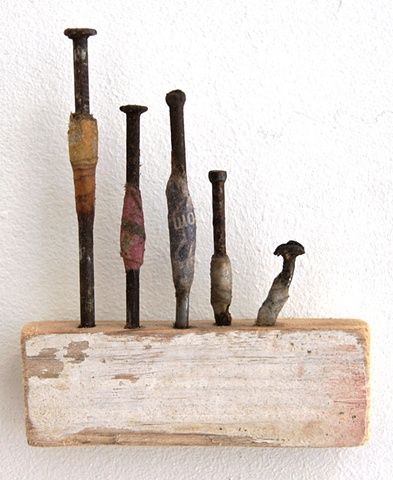 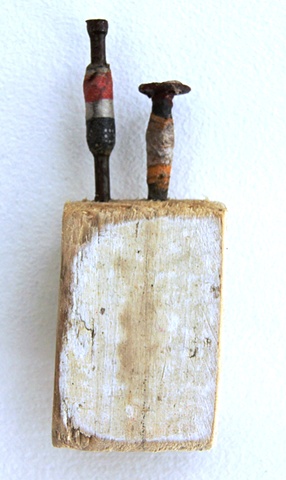 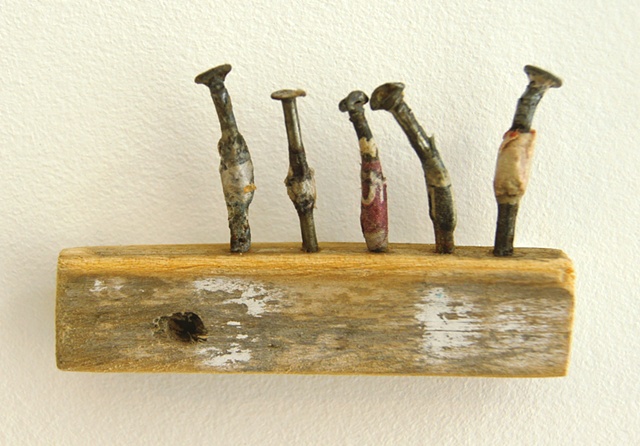 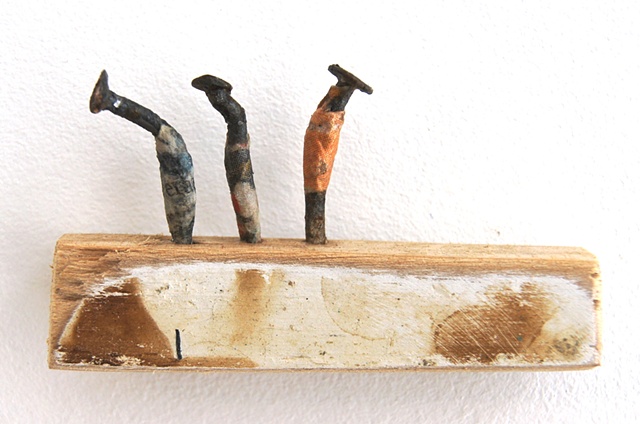 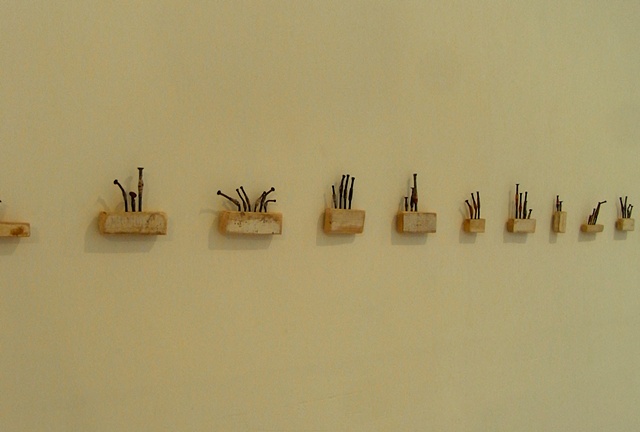